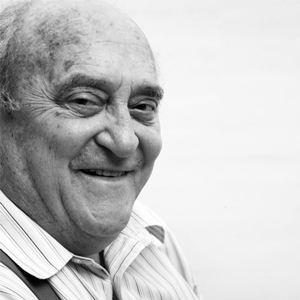 Denis Goldberg is an icon of the struggle for freedom in South Africa. The son of immigrant parents who were actively opposed to apartheid, Denis learned in early childhood to respect all people and became politically active in the struggle against apartheid. He studied at the University of Cape Town where he graduated as a civil engineer. As a result of his political work he was sentenced in the Rivonia Trial of 1963-1964, alongside Nelson Mandela and others, to life imprisonment for participation in the armed struggle against apartheid. After 22 years in prison he resumed political activity in 1985. Following the dawn of the democratic era in South Africa in 1994, Denis set up Community H.E.A.R.T welfare fund in the UK and Germany to support social projects in South Africa. Denis lived in Hout Bay, Cape Town for nearly two decades at the end of his life and initiated and supported many activities including, at the Hout Bay Museum, assisting in the research of the social history of Hout Bay. In 2015 he set up the Denis Goldberg Legacy Foundation Trust to support his work and vision, and the Denis Goldberg House of Hope emerged as the Trust’s flagship project. Denis passed away in late April 2020, but his work continues through the Trust and House of Hope. 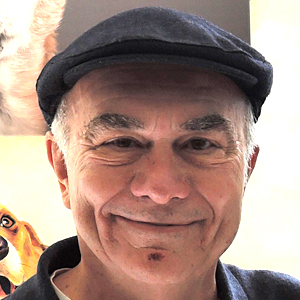 Jo Noero Is an internationally renowned architect who lives in Hout Bay. Jo has been the recipient of several local and international awards including the Ralph Erskine Prize from the Nordic Association of Architects in 1993, the Lubetkin Prize from the Royal Institute of British Architects in 2006, the Gold Medal for Architecture from the South African Institute of Architects in 2010 and an Honorary Fellowship of the American Institute of Architects (AIA) in 2015. Jo Noero’s work has been exhibited at Museum of Modern Art in New York, the Venice Biennale, the Sao Paolo Biennale, the Singapore Biennale and the National Gallery of Art in Cape Town. He was elected as an Honorary Fellow of the Royal Institute of architects in 2001 and an International Fellow in 2010. He is a Fellow of the Academy of Science of South Africa, and an Alumnus of the Salzburg Seminar. Jo will design the House of Hope buildings as his donation to the community of Hout Bay. 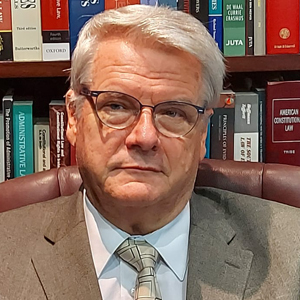 André Oosthuizen Is a Cape Town-based lawyer who specialises in commercial, intellectual property and sports law. He has served as an acting judge in High Court and Labour Court on several occasions. He is extensively involved in community upliftment projects, particularly in the areas of youth development, education, poverty relief and job creation. He lives in Hout Bay.  He has written three books, one of which, “Light a Brief Candle”, shows how each of us can contribute towards repairing the world around us and why that process leads to self-fulfilment and happiness. Andre is also a trustee of Riverside Education and Upliftment Trust and has played a key role in operationalising the annual “Horses for Courses” Fundraiser. 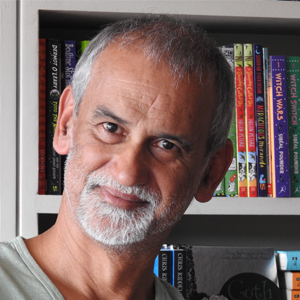 Mike van Graan has a BA Honours Degree in Drama from the University of Cape Town. His career spans stints within academic institutions, local and international organisations, and international quasi-governmental agencies. His work within civil society goes back many decades. It includes acting as Director of the Community Arts Project in Salt River, Projects Officer for the Congress of South African Writers and General Secretary of the National Arts Coalition during the apartheid era. On the basis of his contribution, in 1994 Mike was appointed as a Special Adviser to the first Minister of Arts & Culture in a democratic South Africa.

Today Mike is probably best known as a playwright, and has won multiple local and international awards for plays that explore South Africa in the post-apartheid era. Throughout his adult life, Mike has supported the community-based arts and culture initiatives in multiple different ways. 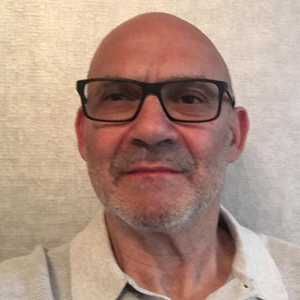 David Goldberg is the son of Denis Goldberg. He worked in the City of London for 35 years in foreign exchange and is now retired. He has a degree in business from the University of South London. David lives in London and is an enthusiastic fundraiser for the DGLF Trust. In particular, he maintains contact with donors in Britain, Germany, the United States and elsewhere. He is married with two daughters who are very close to their grandfather and take great pride in his achievements. David is committed to helping Denis and the Foundation build on the work that has been started and establish the legacy that Denis deserves and from which the children and youth of Hout Bay will benefit. 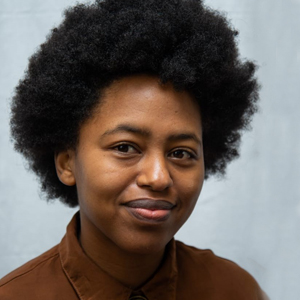 Nwabisa Plaatjie is a young, upcoming theatre-maker. Her first professional year (2016) was spent in the Magnet Theatre’s Theatre-Making Internship Programme where she created two productions which have toured locally and internationally. In 2017 she was awarded the Theatre Arts Admin Collective’s 2017 Emerging Theatre Director’s Bursary for Reimaging The Native Who Caused All The Trouble and was the first recipient of the Baxter Theatre Centre Playlab. Nwabisa was also nominated for Best New Director for the 2018 Fleur du Cap Theatre Awards and is the 2018 Baxter Theatre Centre’s Young Artist of the year. In 2019 she completed her Master’s degree in Theatre and Performance at the University of Cape Town, directed the South African premiere of Wine in the Wilderness and Florence, and represented South Africa at the Directors in Theatre for Young Audiences International Exchange in Berlin. She has been selected for the Mandela Washington Fellowship for Young African Leaders and curates and coordinates the Baxter’s Masambe Theatre. 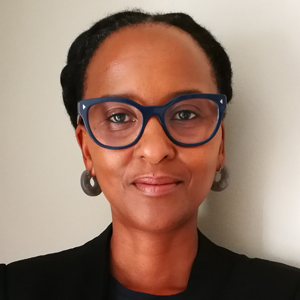 Nonikiwe Mashologu is the Literacy Director at the Otto Foundation Trust. She sits on the board of Nal’ibali and is one of the judges for the Exclusive Books International Board on Books for Young People (IBBY) SA Award. She has been in the early literacy field for over a decade, having worked with organizations such as Centre for the Book (on the First Words in Print project), PUKU children’s literacy foundation, Biblionef, Room to Read and Nal’ibali. Here she fulfilled various roles such as project manager, editor, facilitator, translator and reviewer. She is also the previous Chairperson for IBBY SA. She was celebrated as one of 12 women in South Africa who are working to drive literacy change and is passionate about getting South African books and stories to children across the country. 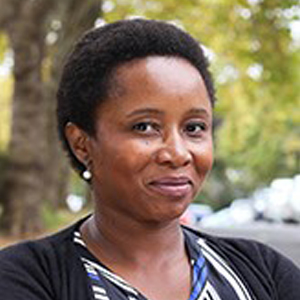 Libo Msengana-Bam is senior manager of alumni relations at the University of Cape Town (UCT). She has more than 20 years of experience in corporate communications, stakeholder relations and corporate social investment, with much of her professional career within the corporate sector. Career highlights include working at British American Tobacco South Africa (BATSA), where she was responsible for external communications within the Corporate and Regulatory Affairs department; management of internal communications for the South African region and, management of BATSA’s corporate social investment programme which at the time focused on rural skills development, entrepreneurship as well as student financial aid. Prior to this, Libo was employed within the financial services sector. At M-Web, she focused on M-Web’s corporate social investment initiatives in the Western Cape. Libo is a proud UCT alumna who holds a Bachelor of Social Science degree as well as an Honours degree in Forensic Social Work. She is currently in her final year of study towards an Executive MBA, at the Graduate School of Business.

Albert “Albie” Louis Sachs  is an activist and a former judge on the Constitutional Court of South Africa. The reasons that our trustees asked Albie to serve as a patron include his history of involvement in the development of programmes in arts, culture and law, alongside the international regard for his contributions to social justice more generally and his sacrifices for all these goals. We are honoured that a person of his profile has agreed to link himself with the Trust and the Denis Goldberg House of Hope.

Jack Goldberg, the youngest of Denis’s three grandchildren, grew up in London with Denis’s late daughter Hilary and godmother Barbara Stoodley. Fascinated by all things sport from a young age, particularly rugby and cricket, Jack now works as a teacher of Physical Education and Sports at Mill Hill School in North West London. Having graduated from the University of Leeds, Jack combines his teaching career in London with rugby coaching at Saracens Amateurs RFC, raising the social profile of the Denis Goldberg Legacy Foundation Trust and the House of Hope through sports. So far Hornsey Cricket Club and the Gotham City Goats 7s have become DGLFT ambassadors with the inaugural House of Hope 7s, hosted by Saracens Amateurs, raising in excess of R20,000 for the Trust on 9 July 2022.

South African-born violist and overtone singer, Gareth Lubbe, appears as soloist and chamber musician throughout Europe, America, Africa and Asia. From 2007 until 2014 he was principal violist of the Gewandhaus Orchestra in Leipzig. Since 2013 he has held the post of Professor at Folkwang University of the Arts in Essen, Germany. Gareth is a regular guest artist and educator at festivals in South Africa, South Korea, Japan and England amongst others. Prominent composers have written works for his voice, which has been recorded for radio, films as well as computer games. Gareth received his first musical education on piano and violin at the age of four. He made his violin debut with orchestra when he was nine years of age. In 1994, he performed at the presidential inauguration of Nelson Mandela. Gareth met Denis Goldberg in 2011 and has since been collaborating on a cultural level with him, most recently as International Ambassador for the Denis Goldberg House of Hope.

International film and TV publicist Joy Sapieka has worked in film and television for over twenty-five years. Her distinguished international credits include over forty feature films and thirty television films and series including Academy Award, BAFTA and Golden Globe award-wining productions such as American Beauty, Road to Perdition, East is East, Tsotsi, Queer as Folk and Number 1 Ladies Detective Agency. A keen promoter of the indigenous film industry, Joy’s African slate as a publicist includes Tsotsi, District 9, White Wedding, Queen of Katwe, Democrats, Beats of the Antonov and Rafiki among others. For the last ten years Joy has been a member of The Encounters South Africa Documentary Film Festival team and has been involved in the promotion of the African Screen Network since its inception. She was Senior Publicist (Africa) for Al Jazeera TV Network from 2012-2017. Joy has been invited to run marketing, distribution and producing master classes and workshops at a range of South African teaching institutions and has acted as adviser to numerous local film initiatives.